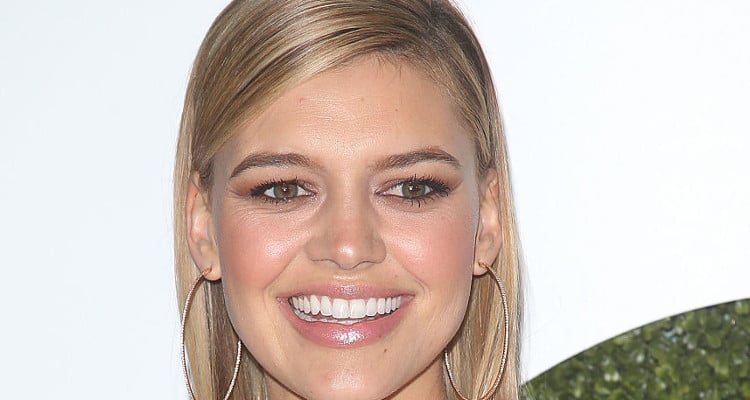 Kelly Rohrbach has been making waves since she was cast in the big screen adaptation of Baywatch. She’s also famous for dating Academy Award-winner, Leonardo DiCaprio. Take a look at some of her hottest pics!

When Pamela Anderson donned that famous red swimsuit and ran across the beach in slow motion, she became an unrivaled pop-culture icon. Now that the remake of Baywatch is hitting the big screen, Kelly Rohrbach has slipped into C.J. Parker’s swimwear, and has already stolen hearts. Last week, a new trailer for Baywatch was released, and Rohrbach was running down the beach in slow motion wearing an updated version of the elite Baywatch uniform. Fans of the ‘90s show love that Rohrbach has put her own stamp on the classic C.J. Parker! Joining Rohrbach are Dwayne Johnson, Zac Efron, Alexandra Daddario, Ilfenesh Hadera, and Priyanka Chopra. Now that she has made her mark as a Baywatch star, we can’t get enough of Rohrbach! So, we’ve compiled the hottest photos of the model to share with you.

Kelly Rohrbach started her acting career with small television roles on shows like Two and a Half Men, before finding success as a model. She was named Rookie of the Year by Sports Illustrated in 2015 and has modeled for Gap and Old Navy. Rohrbach came under the spotlight when she was spotted making out with Leonardo DiCaprio, while they rode bikes in New York City. DiCaprio and Rohrbach dated for several months, and there were also rumors that the couple were engaged! But their busy schedules came in the way, and the two amicably parted ways early in 2016. Shortly after, Rohrbach made headlines for being cast as C.J. Parker in the Baywatch remake. She has found success in a very short span of her career, and we’re celebrating it with these hot pics of the 26-year-old model.

#1. The SI Rookie of the Year showed off some leg on the red carpet of the Sports Illustrated Swimsuit 2016 celebration. She rocked a white suit jacket and shorts from FORWARD by Elyse Walker. 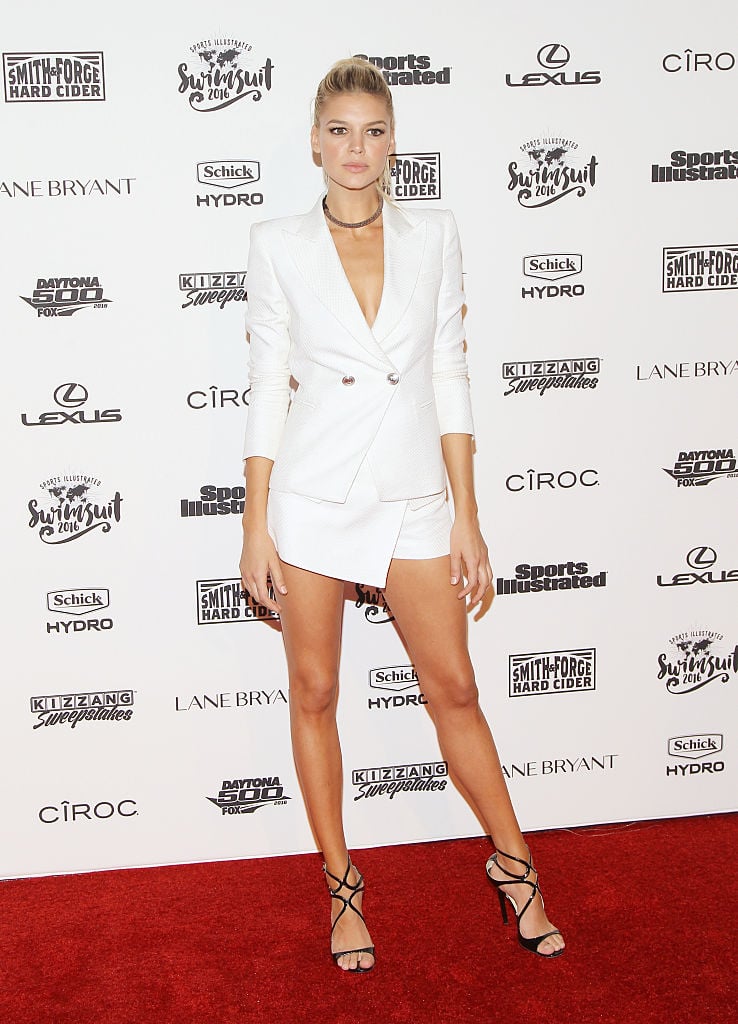 #2. Kelly Rohrbach is a very outdoorsy and sporty person. She gets her killer body by exercising outdoors rather than working out in the gym.

#3. Wearing a metallic jacket and leggings from Calzedonia, she’s an effortless beauty.

#4. The Baywatch star displayed a bold fashion statement at Instyle and Warner Bros. Golden Globes 2016 post-party. She wore a beige satin wrap-around dress with a plunging neckline, paired with some snazzy bling on her wrist.

#5. Rohrbach turned the tables on summer and fall fashion by wearing a black bathing suit with a large furry coat, while posing on a tree. She captioned it “advanced tree climbing.” The 26-year-old has admitted she’s not into social media and posting on Instagram, but we think she does a pretty good job!

#6. The model-turned-actress looked chic and elegant as she arrived at the GQ Men of the Year Awards in London. The floral number with the statement black belt is a creation of the Italian designer, Giambattista Valli.

@britishgq what a party! @giambattistapr thank you for the stunning dress! 💥🎉🎈🎉🎁🎊

#7. Rohrbach’s GQ spread seems like a peek into her role as C.J. Parker on Baywatch. Pamela Anderson will be making an appearance in the film, so we’re looking forward to seeing the two C.J. Parkers share some screen time.

#8. Here we have the three elite female lifeguards, Alexandra Daddario, Kelly Rohrbach, and Ilfenesh Hadera in the iconic red swimsuits that made lifeguards look so glamorous.

#9. Kelly Rohrbach’s red lifeguard swimsuit was redesigned 10 times so that it looked like an ode to the original C.J. Parker’s costume.

Muscle contest with @therock …. I feel like I won. #BAYWATCH baby!

Time to get my slow mo on. Get it together @therock 🏃🏼 #BAYWATCH