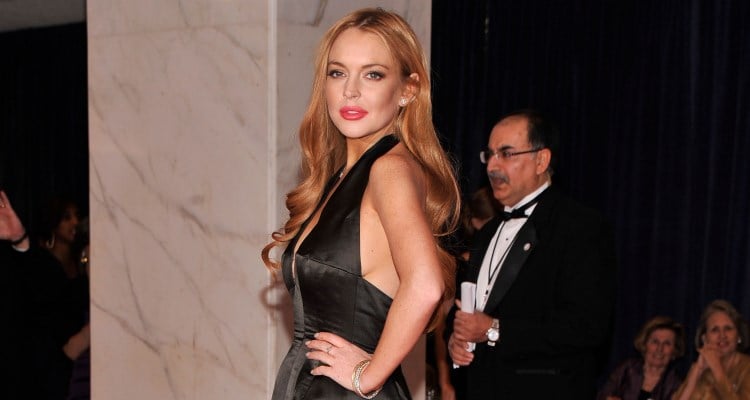 Lindsay Lohan has done a complete 180 by putting her dark days behind her, gaining some weight, and putting everything she has back into her career. See the 10 hottest pictures of the actress here!

Lindsay Lohan has seen some tough times, but she’s finally getting her life back on track. Nevertheless, she’s still a beautiful woman, which is why people can’t stop looking for photos of her! Whether it’s Lindsay Lohan in an evening dress, a costume, a bikini, or near nude, people are always scouring the Internet looking for LiLo pics. Most recently, The Parent Trap actress was a sight to behold as Harley Quinn for Halloween this year. Take a look at some of the hottest pictures of Lindsay Lohan. What better way to celebrate her turning over a new leaf?

The 30-year-old wore a bold black sheer ensemble with a deep neck as she sat in the front row of the Gareth Pugh show during London’s Fashion Week in September. The look was complete with a matching sheer black jacket and black heels. A red lip was just enough for a pop of color!

The actress arrived at The World’s First Fabulous Fund Fair in aid of the Naked Heart Foundation, with a very daring outfit. The black revealing sweater left little to the imagination but was in good taste, especially with the high-waisted skirt! 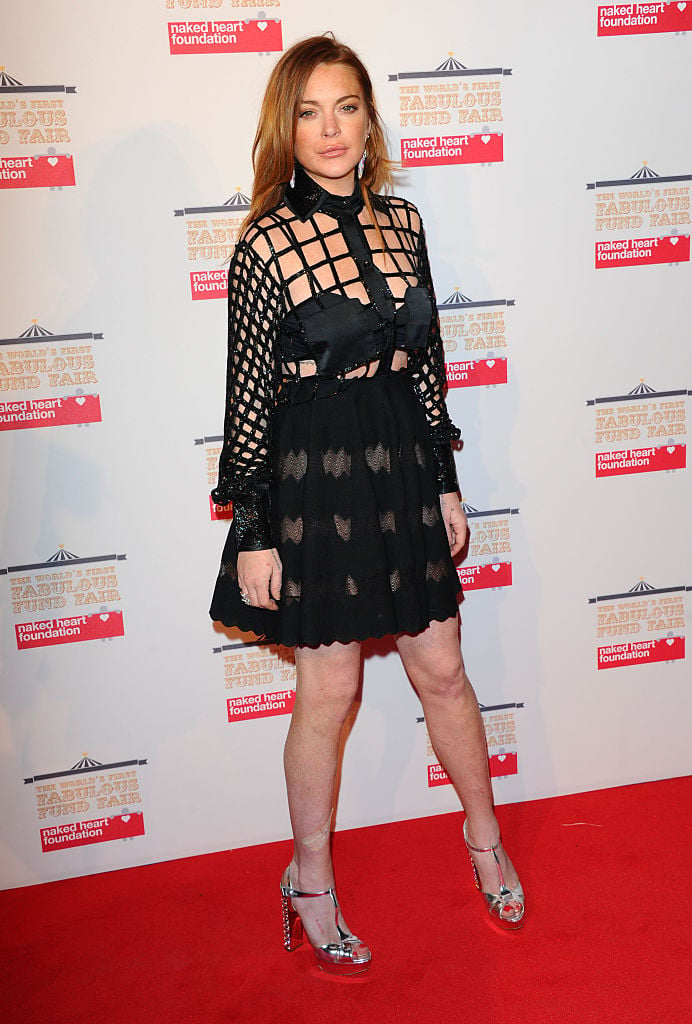 Before The World’s First Fabulous Fund Fair, Lohan was at the Sky Garden for the Elle Style Awards in a dress that embodied elegance. The thigh-high fishnet slit on the long black gown, paired with her nude lip was a stunning combination. 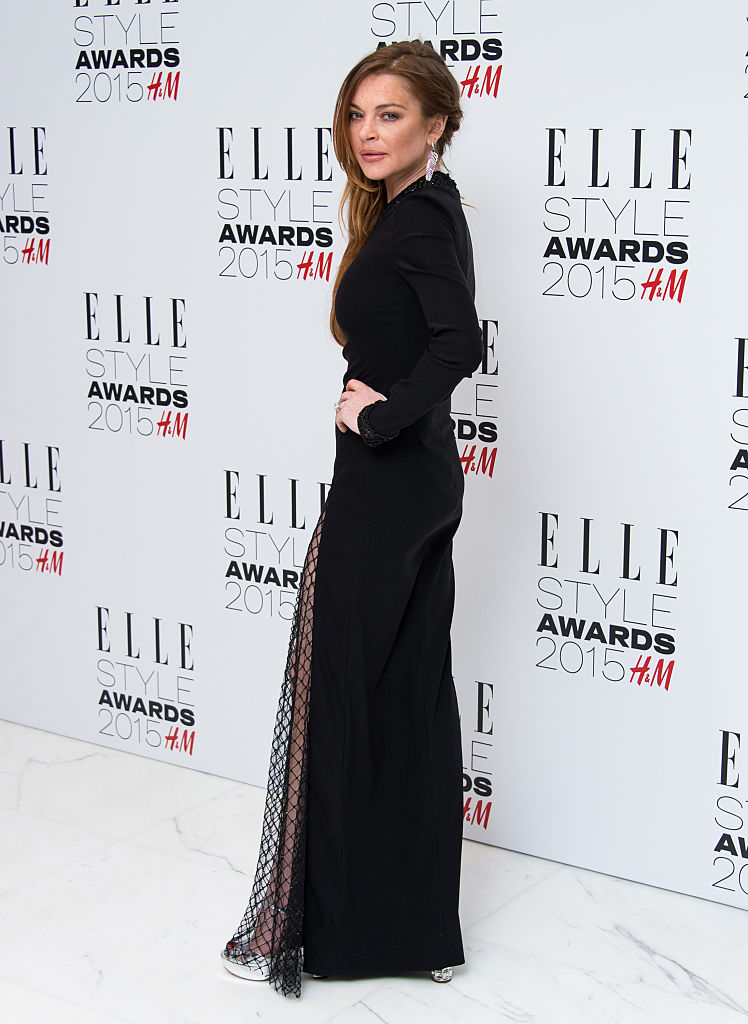 Lohan was dazzling at the party to celebrate the opening of her West End play Speed-the-Plow. She wore a champagne-colored sequined fitted dress with matching heels. 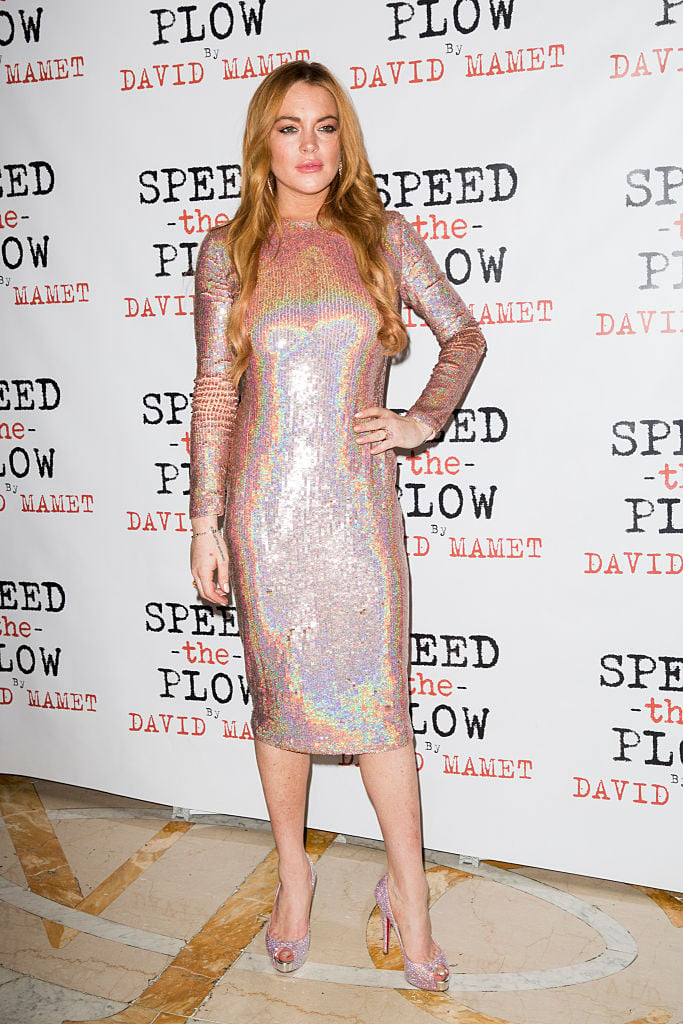 She may have left her wild-child days for a theater career, but the actress definitely showed her wild fashion at the GQ Men of the Year Awards. She rocked a sparkly zebra-printed gown with a thigh-high slit by Balmain. 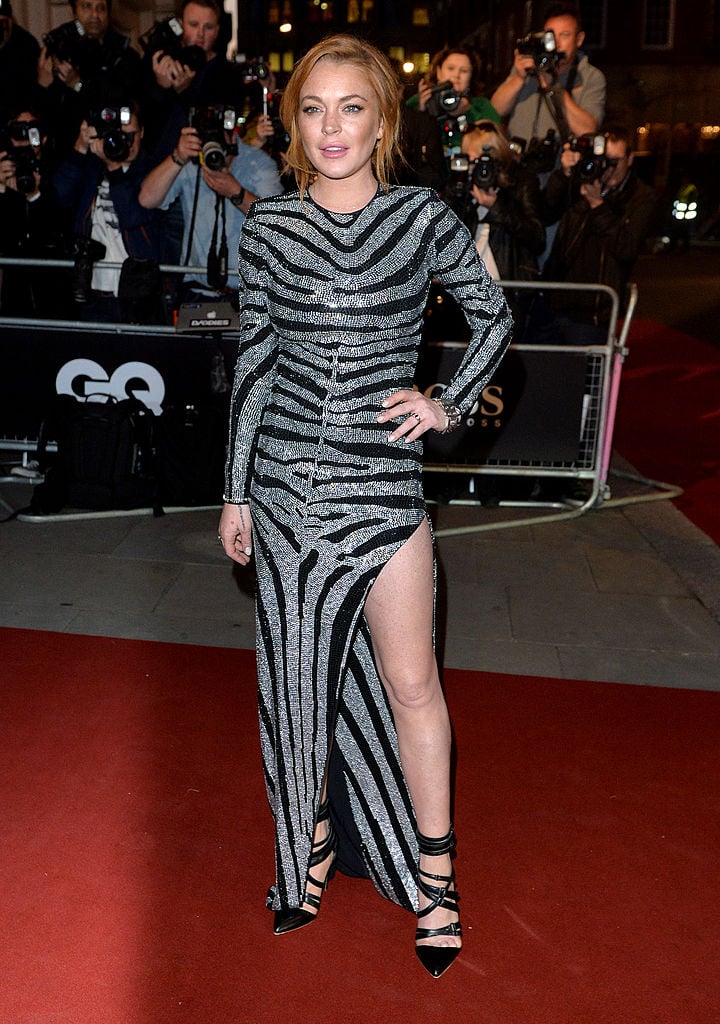 When Lohan paraded down the red carpet of Gabrielle’s Gala in a peacock-patterned dress with a plunging neckline. Fashion critics were divided as some liked the bold outfit and others found it garish. Nevertheless, she managed to get everyone’s attention. 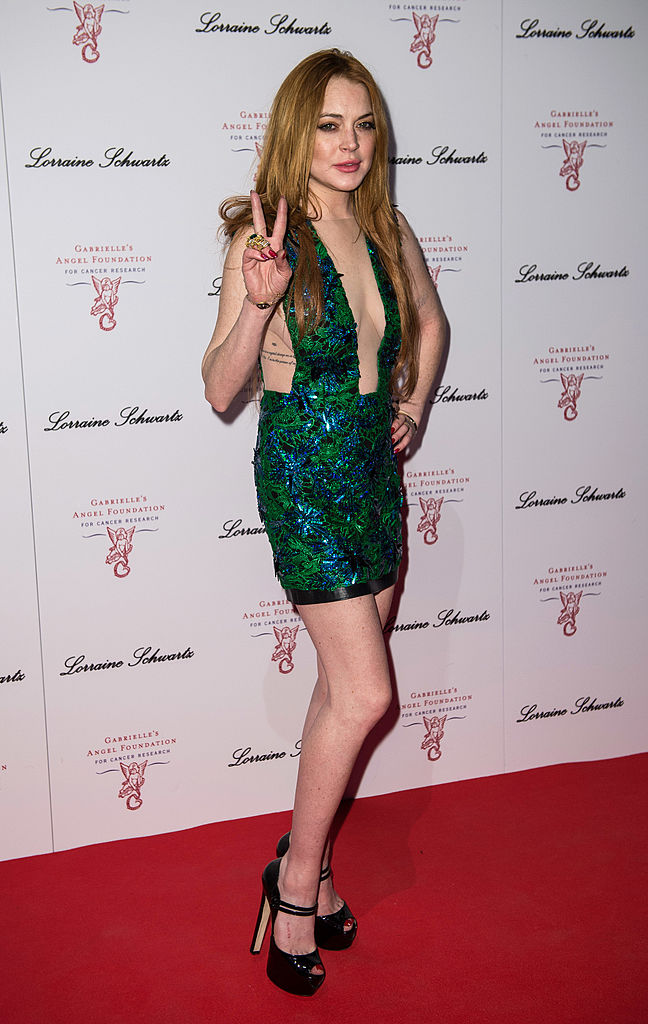 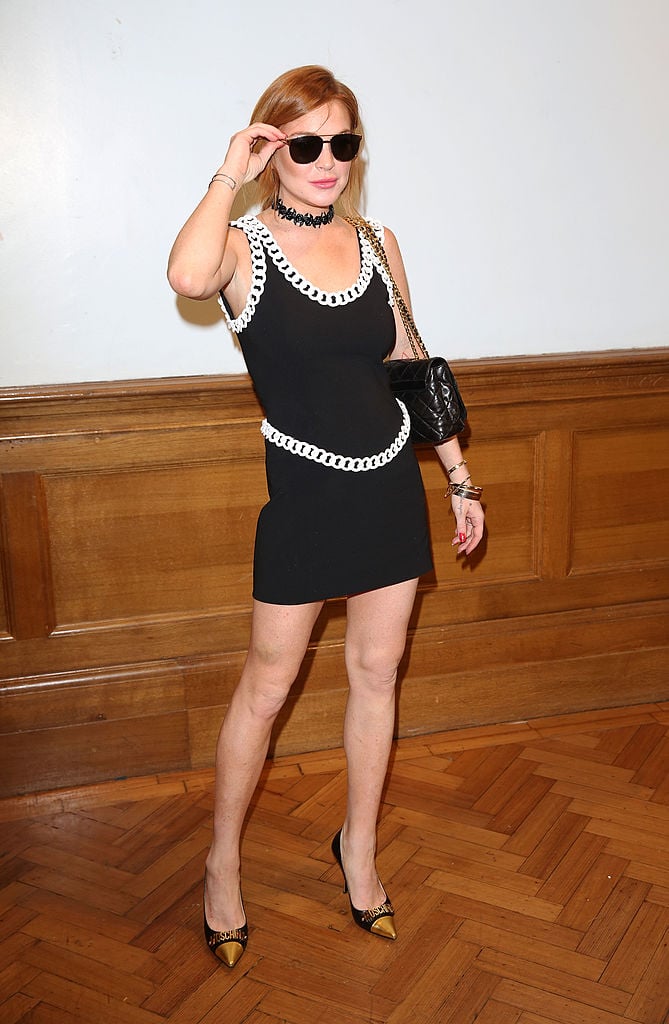 Whether her natural red locks, or dyed blonde, Lohan can rock any hair color. She was picture-perfect in a body-hugging candy-striped mini dress and black stilettos at the Maxim Hot 100 party in 2007. 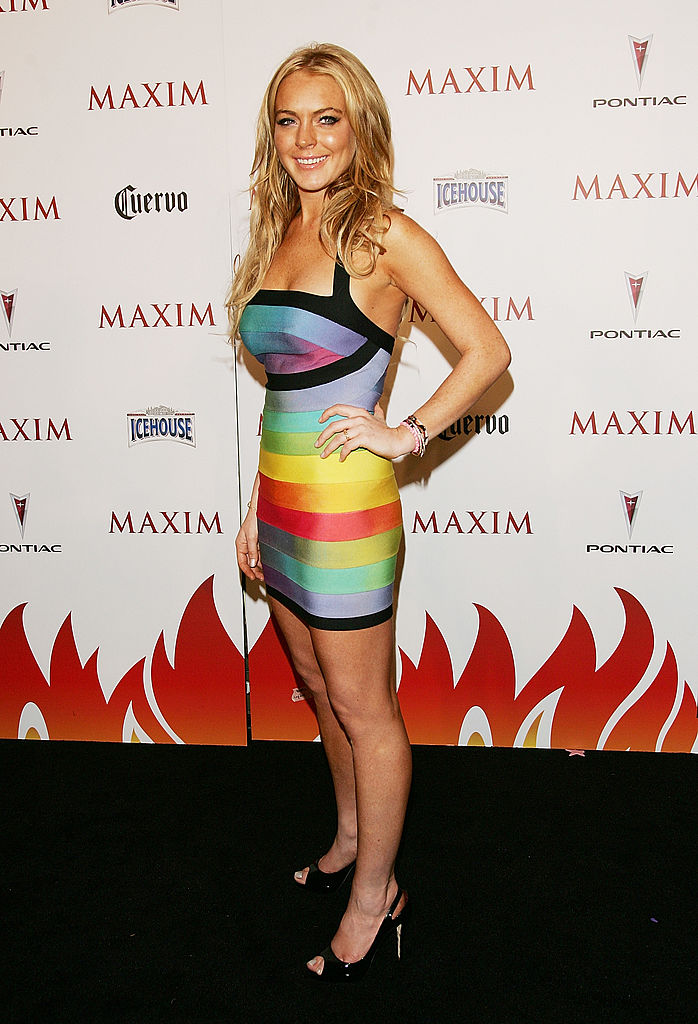 The actress dressed down for her 23rd birthday and was still a stunner. She had a grand pool party at the MGM Grand Resort thrown by The Wet Republic. She had three bikinis that day but she looked best in this black bikini and throw. 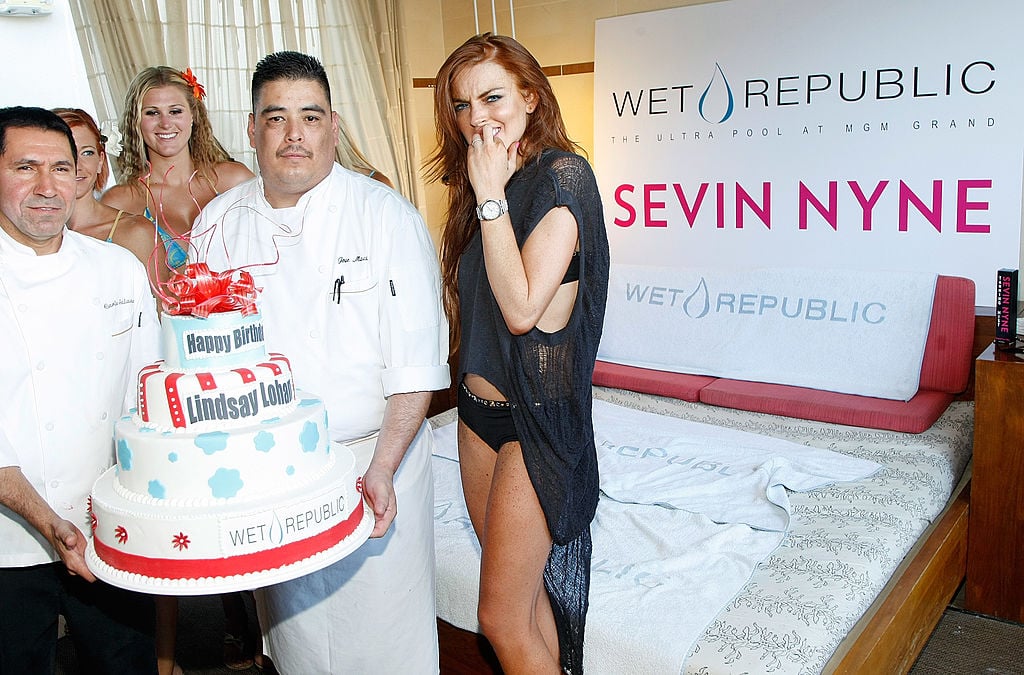 Lindsay Lohan dressed up as Harley Quinn this Halloween and the costume was so perfect. Everything about this look is amazing, making her one of the best Harley Quinn’s out there this year!

@daniellismore with my favourite #fashions on #happyhalloween thank you @francutler – I made it back #theworldisbiggerthan5 maybe sequel?